Behind the Curtain - Ominous Objects: The Cursed Guards Collectors Edition

Four years ago, Ominous Objects emerged from Daily Magic Productions’ studio as a blockbuster. Since then, the game has set a high bar for the fantasy-adventure genre at Big Fish Games. Leia and her furry companion, Mr. Jenkins, have traveled all over Europe saving the world from supernatural antiquities, but no adventure will be as dangerous as her next one.

Ominous Objects: The Cursed Guards will pit Leia against four cursed armors - akin to the four horsemen of the apocalypse - and if she fails… the world will turn to dust and ash! The Cursed Guards takes a decidedly darker tone to previous Ominous Objects games, focusing on backstory and world-building narrative over exposition and plot details. So how did Daily Magic go about doing this, and what were their inspirations? 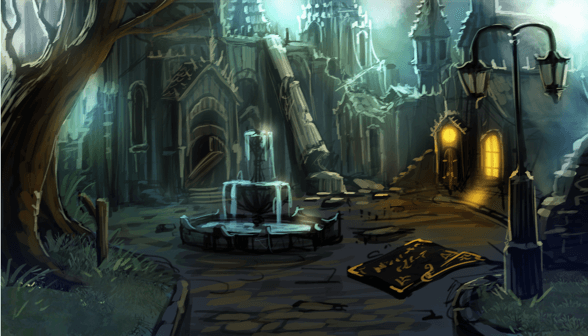 The lead writer for Ominous Objects asked to remain unnamed for the purposes of this article, but he was open about where the game’s ideas and style came from. “Something that has always interested me is how a strong dark-fantasy story doesn’t have to come out and hit you in the face with details. Small nuances and hints allow the player to create the stories and lore throughout the world like a big puzzle. No games do this better than From Software’s Dark Souls series. The lore is never, or at least very rarely, told through dialogue or text - it is sprinkled throughout the game. You are in charge of putting it all together. Hundreds of hours of “lore-throughs” have been played by an army of fans. It’s like watching the world of Dungeons and Dragon’s being created all over again by a brand-new community. That’s the feeling I wanted to try and convey. Obviously, Hidden Object games lend themselves to allowing the player to search the world for that lore, but the genre is also very limiting. Making sure that the story is clear while not slapping you in the face was a difficult balance to reach.” 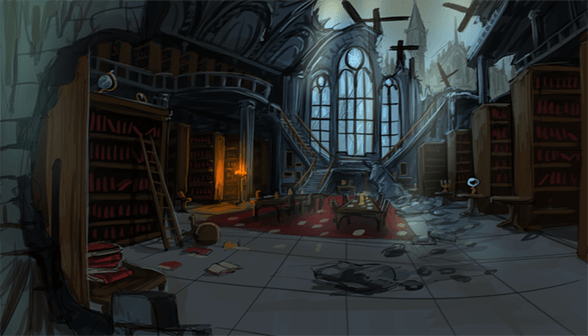 It was with that idea in mind that the writer went looking for inspiration in the media. He read large excerpts from the Witcher series by Andrzej Sapkowsk, watched Game of Thrones episodes, and (of course) played a lot of Dark Souls. After building a mental library of how these properties are “built,” he went to work crafting an intricate and unique backstory. He focused first on crafting an initial conflict that would not only make for an exciting scenario to explore, but would also be a real threat to Leia. In this case, the obvious answer was a quartet of undead warriors hell-bent on a singular purpose. 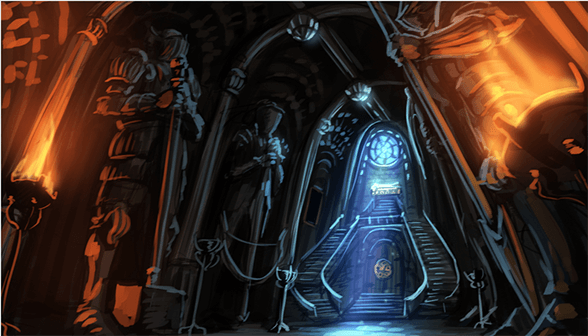 When the core of the story was finally set in place, the world around it had to be handled just as carefully. A setting with an interesting and believable culture needed to be created, and that would inform all of the concept art and lore. “Something very important to crafting a story like this is where it fits in the world. The Witcher series is very successful because it is a product of its origin. It is a proudly Polish creation, and without those cultural aspects, the story would lose all of its character and beauty. We had to figure out what that culture would be for us. Without spoiling anything for readers or players, we are confident that we found the perfect setting for our story. We really hope that you feel truly transported to the cold, medieval city we carved out. Obviously, some things wind up on the cutting room floor, or are too dark for our audiences. But I think that this Ominous Objects adventure will leave a mark that the rest have not.” 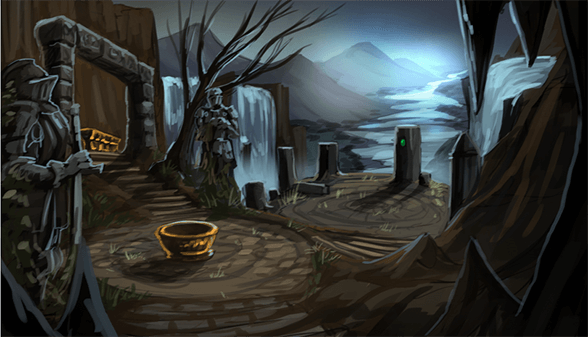 Due to the nature of the story in Ominous Objects: The Cursed Guards, we didn’t want to give anything away other than that basic setup. After playing through the whole game, though, I can assure you that the twists and turns are worth the secrecy. Daily Magic has not just outdone themselves, but they have once again set a high bar for the entire genre.