This one-of-a-kind matching puzzle game is like no other you’ve ever played. Build up your skills and learn how to play even better with tips & strategies found here.

You can also connect with more players and find added tips & tricks on our Facebook page: https://www.facebook.com/playcascadegame/

We hope you find this information useful as you play your way through the game. For technical trouble shooting see our FAQ.

Haven’t played yet? Join millions of players world-wide on a matching puzzle-adventure through more than 30 unique Lands and nearly 500 colorful levels! Start by tapping the Spin button to make your matches — the bigger the match, the higher your score.

It’s challenging, fun, and features beautiful graphics. Check it out on your mobile app store today!

Chapter 1: Getting Started and General Tips 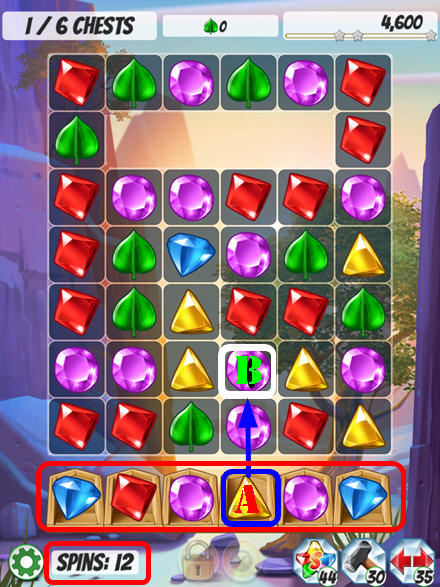 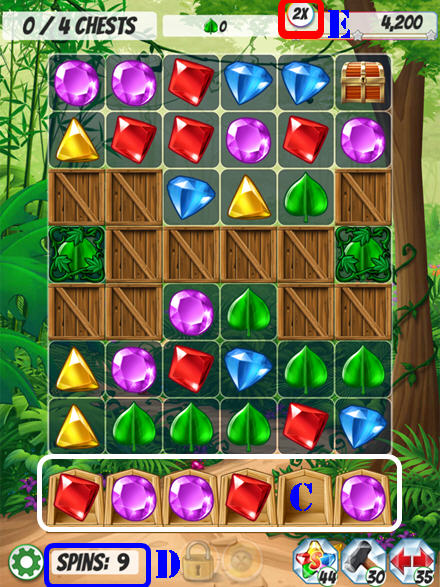 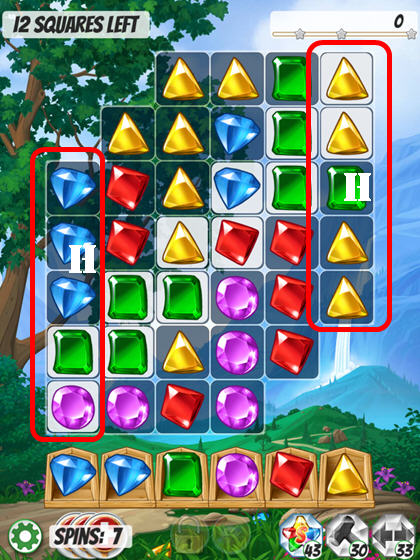 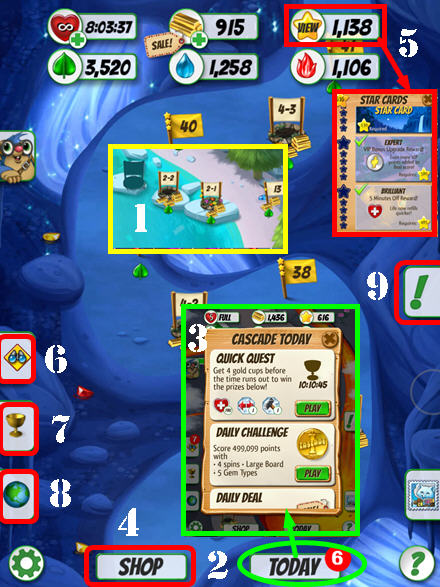 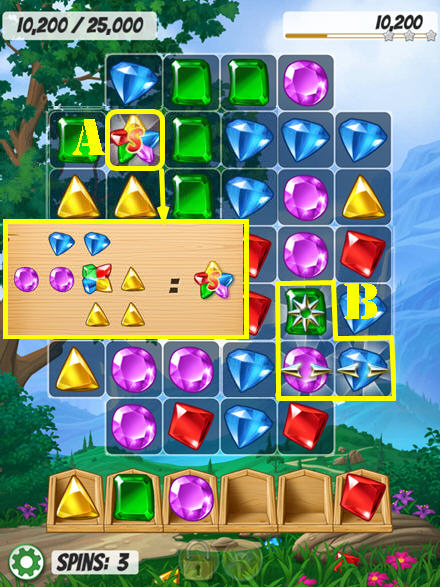 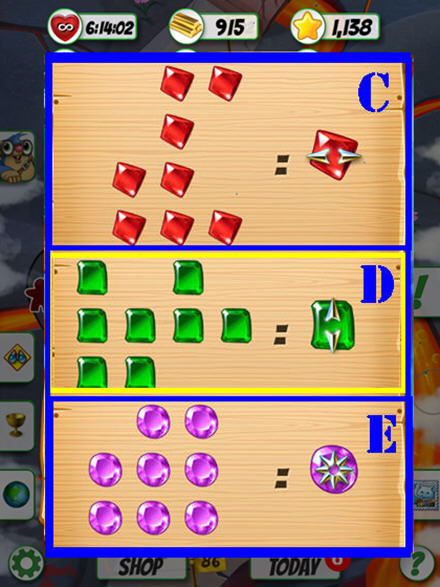 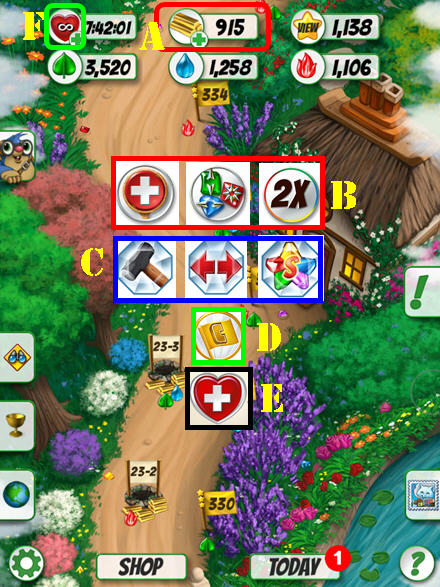 You can get Gold several ways:

Boosts: Select these before starting a level to give yourself a boost and an edge! (B).
Tricks: Use these in the level to bring you over the top! (C).
Continue Tokens: Let’s you continue a level if you run out of spins (or a bomb blows up) (D).
Lives: Play, play play! (E).
Infinite Lives: You can buy chunks of time to play without losing lives! (F). 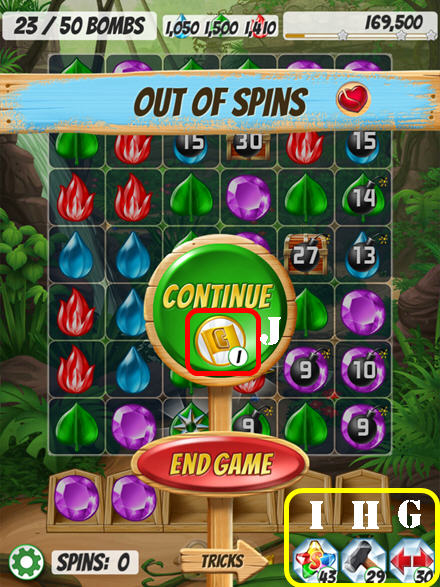 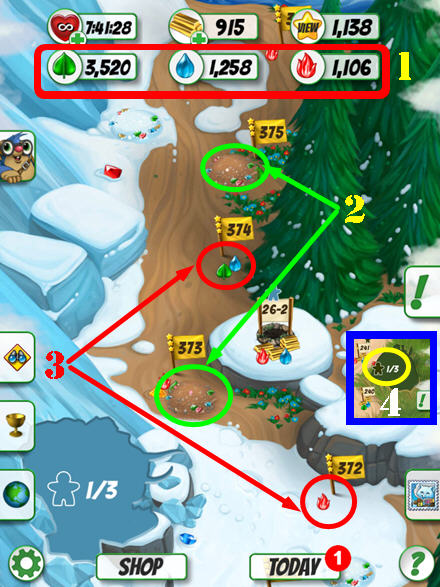 What are Special Gems?

What can I do with Special Gems?

How do I get Special Gems? 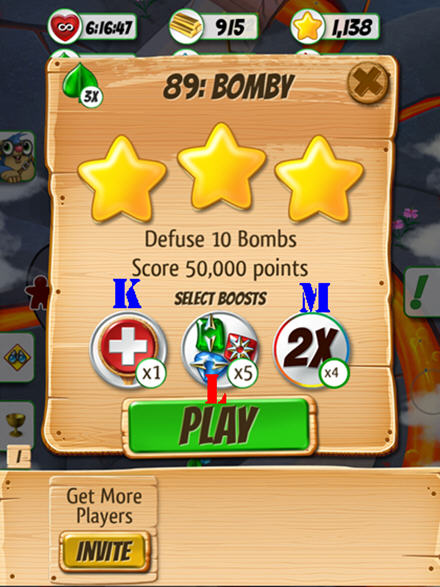 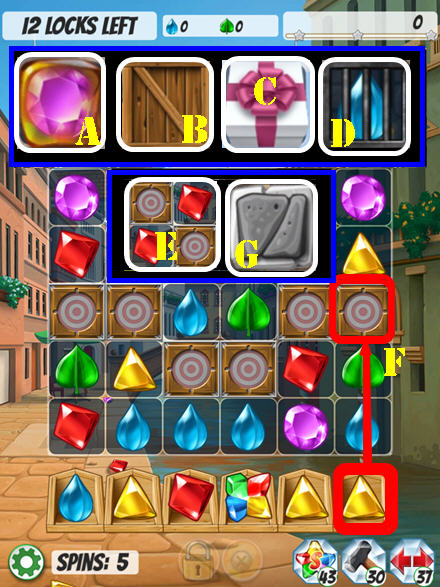 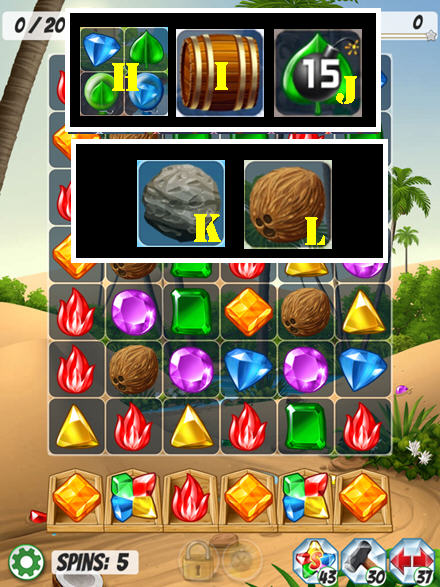 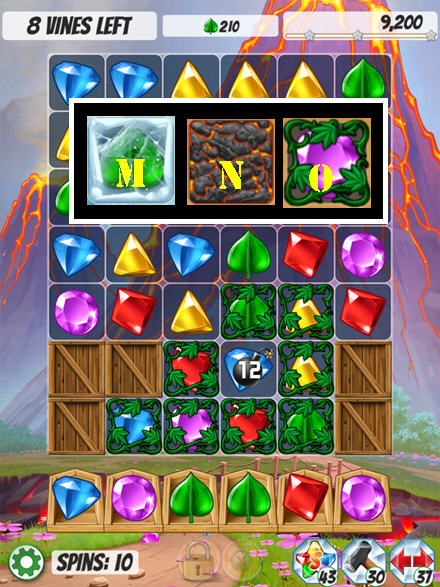 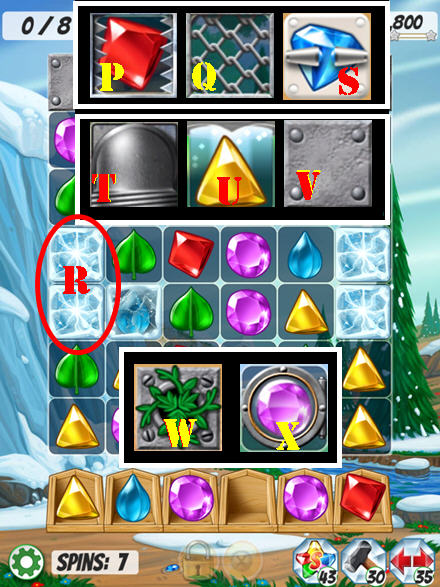 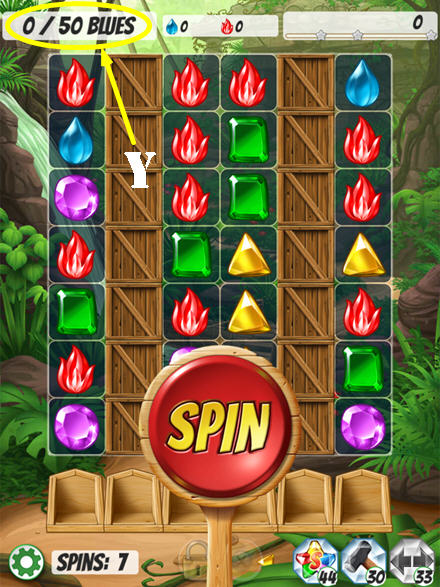 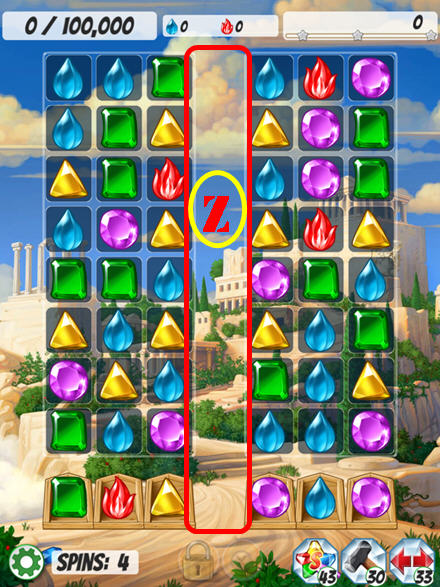 On level 27, you have to break 4 crates. The minimum star goal is 100,000. The best way to accomplish this is by using the Burst Gems. You can create them on your own by making matches of 8 or more or you can use the Start Burst boost at the beginning of the round.
This is the first level that forces you to understand this very important mechanic.

On level 30, your goal is drop 4 chests and score a minimum of 250,000 points. In order to beat this level, you must have a good grasp of the rules of the game. Make sure you use Burst Gems in this round, use your patience, and remember all the tips you’ve learned so far.

Level 41 is the first level that is all about making the matches to get free spins and raise the multipliers in order to get the minimum score of 1,000,000.

On level 50 you have match the pattern and score a minimum of 500,000 points. The pattern covers the entire board, with some of it concealed beneath the crates and stones. You have to burst the entire board down in order to beat the level.

Infamous Level 73 is all about dropping wilds and the presence of orange gems. You have to keep clearing reels and getting free spins to get the very high minimum score of 1,500,000.

This level has three single tiles that need to be matched. However, doing so as soon as possible will end the match and you will not meet the minimum star goal. The idea here is to AVOID matching the pattern until you have a hefty score built up.
Have patience, relax, and get some points. Save that pattern for when you have plenty of points.

If dealing with dropping bombs isn’t tricky enough, this level tasks you with defusing a bomb in a treasure chest that will go off in 40 moves. Said chest is surrounded by stones, crates and jailed gems.

Thanks to Mark Janecka for all the wonderful tips!