Sunken Secrets is Now Available on Android! Plus Read About 5 Sunken Treasures

Many of us have been enjoying Sunken Secrets for a year now on iOS devices. And finally, our patient Android using friends can join us in breaking the curse of our island kingdoms. As of May 8th, 2020, Sunken Secrets is no longer available for download. The game is still playable if you have already it installed. 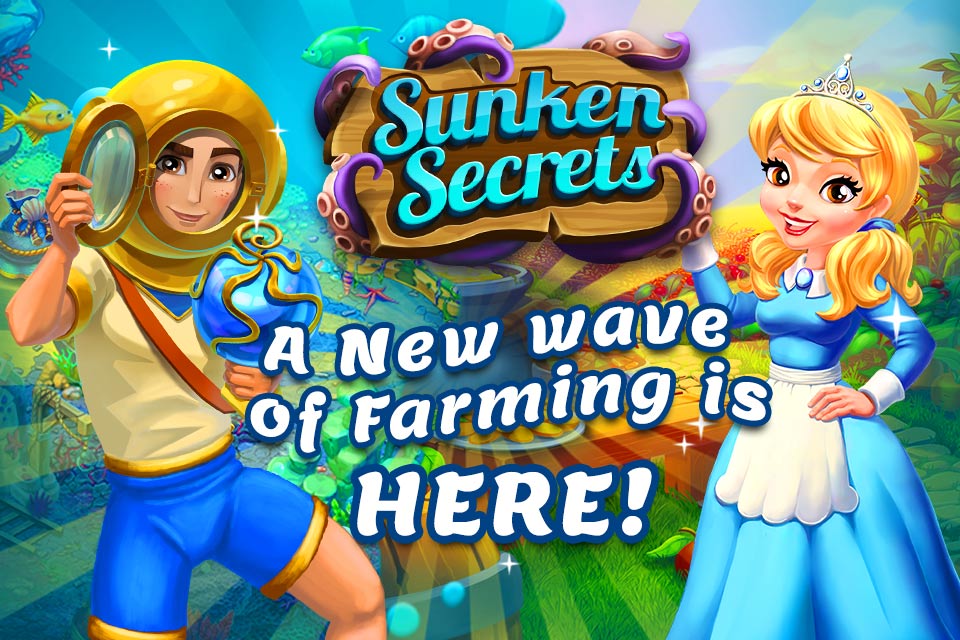 Here are five other treasures that have been discovered in the depths of the sea:

The port city of Heracleion was buried 30 feet under the Mediterranean Sea surface. It was discovered in 2000 after 1200 years at rest. So far 64 shipwrecks, 700 anchors, many religious artifacts, and a limestone sarcophagi thought to house mummified animals. Why did it sink? Possibly the weight of the heavy buildings on iffy ground hit the sea floor after an earthquake.

Two locomotives from the 1850s sit at the bottom of the ocean (about 90 feet underwater) off the coast of New Jersey. It's isn't known exactly how they ended up there (no records exists of the sinking) but it's likely they were lost during a storm while in the midst of transportation. While it seems more romantic to leave them in their watery graves, there is talk of having them raised as they are rare Planet Class 2-2-2 T trains that were outdated when they were made (so very few were manufactured). The water is extremely murky (making it difficult to take pretty pictures).

MUSA has 500 sculptures submerged (Though they obtained permission to submerge 1200). 487 by artist Jason deCaires Taylor and the rest by five Mexican artists. There are three galleries, two underwater and one above water. The museum serves as an artificial reef, a new technique and material for coral to grow on. A beautiful way for art to help save the oceans

The ancient city of Pavlopetri is thought to be the oldest known submerged city in the world (at about 5000 years old). It rests 4 meters under water off the coast of Greece. While many ancient ruins are barely recognizable, Pavlopetri structors, tombs, and a full map can be made out. Historians believe that the ancient city may have been a center of commerce for the Minoan and Mycenaean civilizations.

The Pirate City of Port Royal

Port Royal is often one of the featured destinations in pirate movies: a colorful locale complete with crime, debauchery, and ladies of ill repute. In 1692 it was almost as though the gods became sick of the evil port and sent much of the bustling city to the bottom of the sea, the victim of an earthquake. Around 2,000 people were lost in the event. Until the middle of the 20th century visitors could view the city under the water, almost as though they were hovering over it. It's remarkably well preserved and has produced many items from the 17th century that can be viewed in museums around the world.